A warm, sunny but occasionally breezy first Sunday in July, we had arranged to meet a friend for an arts festival event in Old Town followed by a meal at the country inn. We had intended to walk, but she had an errand in town and picked us up on her way back.  She drove up via Pecket Well and along Billy Lane, finding a spot to park near the corner of Wainsgate Lane. 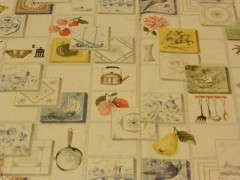 During the short stroll to the chapel, we admired the pretty cottage gardens, resplendent in the bright light.

A couple lounged on deck chairs at the entrance.  One of them was a local artist jointly responsible for the event.  She explained what to expect from the sound installation. ‘Gather’ entailed a music performance played on a loop.  As we settled on pews, among a smattering of others, the sounds of wispy singing could be heard, followed by tweeting birds, choral music and a small narrative about the Baptist Minister, John Fawcett.

The pleasant noises created a contemplative atmosphere. However, I had some trouble settling on the hard benches.  My concentration wandered to examine cracks in the crumbling plaster as the sunlight made odd reflections on the pulpit.  I turned to speak to Phil and he pointed to the slip of paper requesting peace and quiet – I suppose he thought that was funny!

At the end of the sound loop, I snuck out back to take photos of the kitchen.  Finding a ‘no entry’ sign on the door, I asked the artist for permission.  she obligingly led me round to the side door and left me to try and capture the interesting junk and fading wallpaper amidst shadowy light.  Back out front, kind words had been left in the comments book.

We hung around outside a while, to chat to the artist and sip water.  A selection of old photos showed the chapel choir through the ages.  We reflected on the excellent quality of the old choir recordings and marvelled that it had been recorded at all.

We walked back to the road.  Our friend drove her car down while we enjoyed a pleasant walk through the village.  We re-united at the country inn.  Armed with drinks and a menu we took seats out in the garden and chatted awhile to a mutual friend until he departed for home.  Although a pleasant breeze tempered the heat, it was hard to find a shady spot.  Eventually, we changed tables and settled down to peruse the food options.  We caught up on each other’s news until pies and more beer arrived.

We said goodbye to our friend and took the back exit onto Lane Ends.  At the next junction, we continued straight ahead.  On Rowlands Lane, grey haze hovered over the valley bottom. Desiccated flowers and tall grasses swayed in the gentle wind.  Crows flitted from rickety gates to yellow fields.  Majestic foxgloves rose into a picture-perfect sky.  At the end of the lane, we took steps down to the edge of Dodd Naze and crossed the road to reach the public footpath where we turned left.

A short stretch, fenced in on both sides, led to the virtually dry small stream.  We stepped gingerly over stones covered in green slime into Common Bank Wood and followed the dusty path.

Tall trees provided welcome shade.  We noted that some trees had been cut down and sported signs stating that the path would be closed later for an arts festival event and wondered what that could be.

From Osborne street, we took a steep flight of steps.  The blinding sun made stark shadows on the way down to Commercial street. We had considered visiting more free events in town.  The street theatre appeared to have ended as only a few people milled about.  We wandered in vain for a couple of minutes looking for clues.  Hot, tired and thirsty, we abandoned the mission and returned home. 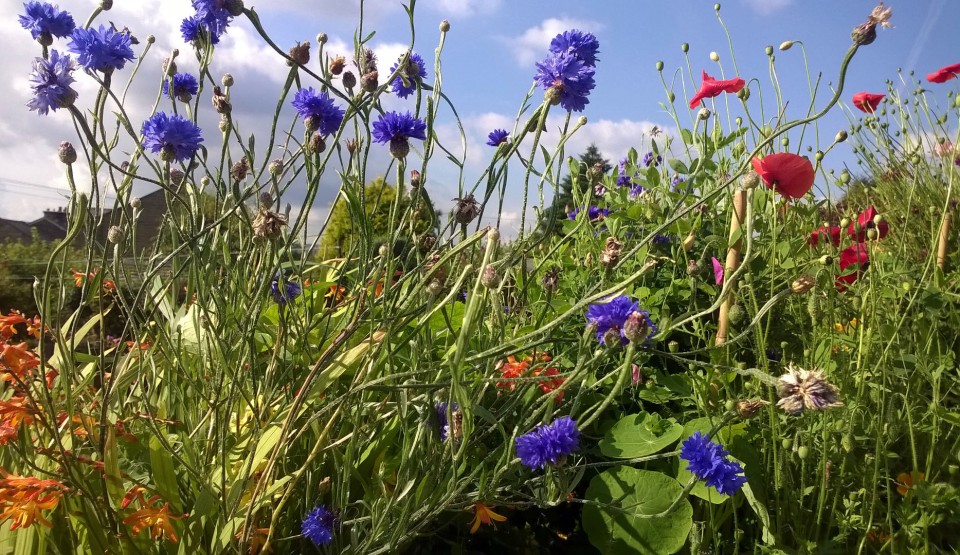 A beautiful summer evening two years ago, we arranged to meet our walking friend for an evening stroll. She suggested getting a bus up to the tops. Finding we had missed one by literally two seconds, we went round the corner to catch another one and discovered there would be an interminable wait. Some random guy at the bus stop asked if we wanted to share a taxi up to Old Town.

The cab dropped us at the Hare and Hounds. We walked up Billy Lane to the other end of the village before turning left up Wainsgate Lane. Passing the historic Wainsgate Chapel, we continued on the path which overlooked idyllic pastoral scenes. Behind the dry stone walls, undulating fields and isolated farm buildings, we espied the church steeple of Heptonstall and the Stoodley Pike monument standing sentinel on opposite sides of the valley below.

At the end of the lane, we dropped down to the small settlement of Pecket Well. We traversed a field containing what might be the actual old well of Pecket (judging by the old stones).

The next field proved rather tricky. Careful foot placing was required to find a pathway down to the road. We ended the evening at The Robin Hood pub. Pints and food in the beer garden – lovely!

Late September this year, we arranged to attend a music event at The Wainsgate Chapel. Unfortunately, I had sprained my knee the previous day making the hill climb up to Old Town impossible. Instead, we made our way towards the bus stop. En route, we laughed at middle-aged people playing dress up that had infested the town (aka Steampunk weekend). 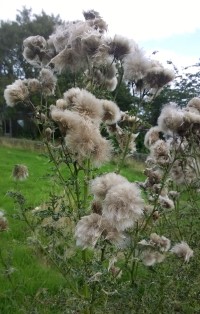 After a scenic ride via Dodd Naze and Heights Road, we alighted outside Old Town Post Office.

As we rounded the corner into Wainsgate Lane, I was struck by a beautiful hedgerow of brightly coloured flowers.

During the first half of the concert we had seats in a middle pew. Constantly bobbing heads intermittently obscured the view of Emma Sweeney and Jack Rutter as they performed a series of Irish numbers.

I spent the interval exploring the back rooms. Antique items in the old-fashioned kitchen looked like still life subjects.

For the second half of the gig, we repositioned ourselves at the side of the hall.

Our friend had agreed to video the performance.

My partner volunteered to take photos.  He moved around a lot and climbed up to the balcony.

Later, he said it was like ‘doing a work’.

“You did offer!” I reminded him.

Afterwards our friend gave us a lift down to the Hare and Hounds. Initially we sat out front to enjoy the evening sun and peruse the menu. We then noticed not one, but two sundogs! And a tiny crescent moon!

A local man joined our table. When we pointed out the sundogs, he said nonchalantly “oh yeah. Seen that before” like it happened every day. Well, maybe it does up there! Personally I had only witnessed this phenomenon once before; outside our local pub bizarrely enough. 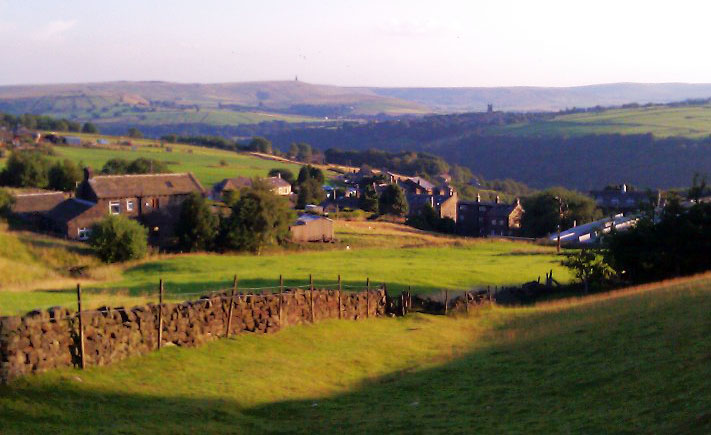